In our “Spousal Right of Election” blog post we discussed the provisions in Estates, Powers and Trusts Law (EPTL) Section 5-1.1-A entitled “Right of election by surviving spouse”. This law requires that a surviving spouse is entitled to an “elective share” of a decedent’s estate. The elective share is equal to the greater of $50,000.00 or one-third of the decedent’s net estate. However, under New York’s Estate, Powers and Trusts law there are circumstances under which a surviving spouse may be disqualified from receiving a distribution.

An individual can lose their Spousal Right due to several circumstances. In the July 2018 case, “Matter of Hua Wang”, the Kings County Surrogate Court, ruled the decedent’s spouse forfeited their right of election because of undue influence. In this case, the court considered several factors including the decedent’s physical and mental condition, the circumstances of the marriage, and the petitioner’s control and direction over the decedent’s daily needs and affairs. The decision of the court was that the petitioner had motive and opportunity to influence the decedent’s actions and had exercised undue influence over him in obtaining their marriage 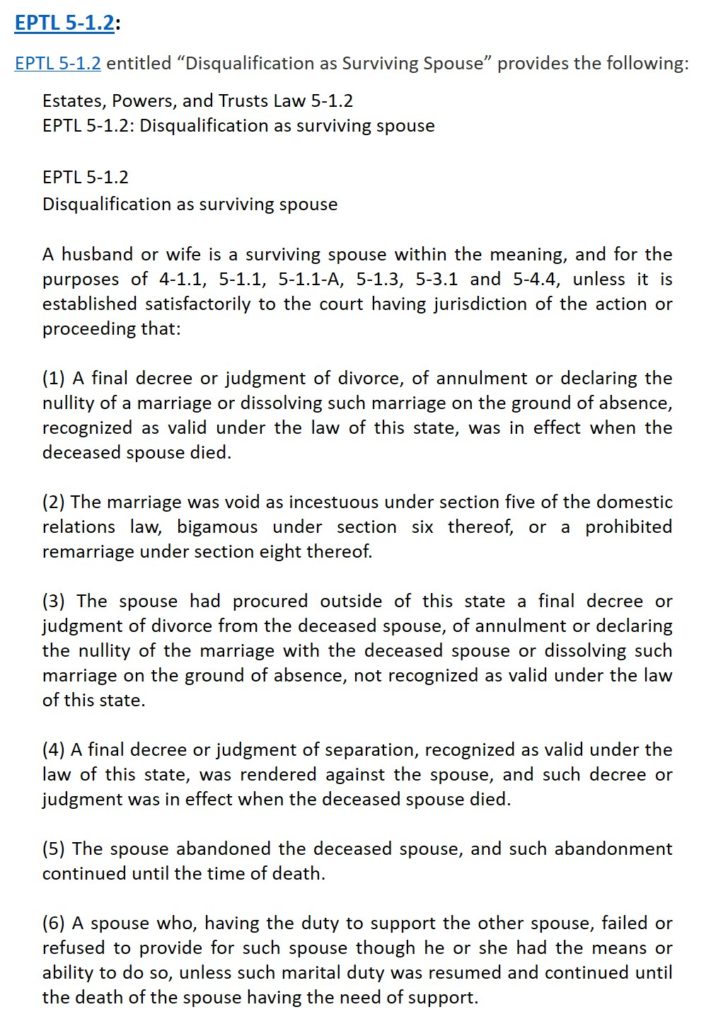